To promote the ancient Hellenic ideals of education, philanthropy, civic responsibility, family and individual excellence through community service and volunteerism.

The American Hellenic Educational Progressive Association (AHEPA) is a fraternal organization founded on July 26, 1922, in Atlanta, Georgia. AHEPA was founded to fight for civil rights and against discrimination, bigotry, and hatred felt at the hands of the Ku Klux Klan. It is the largest and oldest grassroots association of American citizens of Greek heritage and Philhellenes with more than 400 chapters across the United States, Canada, and Europe.

For nearly a 100 years, we have promoted the ancient Hellenic ideals of education, philanthropy, civic responsibility, family and individual excellence through community service and volunteerism. Hellenism is the emulation of ancient Greek culture, civilization, principles and ideals, including humanism, reason, the pursuit of knowledge, the arts, moderation and civic responsibility.

The Chapter was very active last year in raising funds to be able to donate to many important causes (scholarships, veterans, COVID-19 assistance etc.).  To make our Chapter more effective, we need all Brothers to contribute. Much is being planned in 2021! 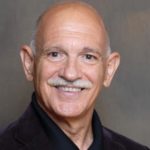 Chair, Board of Governors 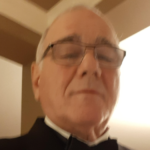 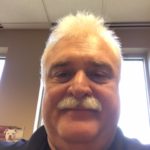 The AHEPA was founded as a fraternity in Atlanta, Georgia, on July 26, 1922. Its initial mission was to promote the image of Greeks in America, assist them with citizenship and assimilation into American culture, and combat prejudice. During that inaugural meeting, it was decided that AHEPA's purposes would be:

With the full assimilation of Greek Americans, its mission evolved toward philanthropy, education, and promoting and preserving the Hellenic identity of the Greek Americans and the ethnic Greeks of other countries where AHEPA is present, such as Australia, Canada, the Bahamas as well as Greece and Cyprus. In recent years, AHEPA has also expanded to other countries in Europe, besides Greece and Cyprus, including Austria, Belgium, France, Germany, Netherlands and UK.

The founders of the fraternity were eight men, all residents of Atlanta, who conceived the idea of the establishment of an association of mainly citizens of Greek descent, although not limited only to such members. The eight founders of the Order of AHEPA, who were also the members of the first Supreme Lodge of the organization, were Nicholas D. Chotas, James Campbell, Spiro J. Stamos, Harry Angelopoulos, George A. Polos, John Angelopoulos, George Campbell, James Vlass.

Franklin D. Roosevelt was initiated into the Delphi Chapter on March 11, 1931 and was an active dues-paying member for 14 years, to the time of his death.